Share your experiences about your latest flights: details and pictures are highly appreciated by our community. How do you rate airlines, in-flight meals, frequent flyer programs, etc... join this forum now!
Post Reply
3 posts • Page 1 of 1

I always like to try new aircraft types, airlines and airports, and when we were on holiday in Poland the other week I was able to do all three in one day

. I had booked a day trip to Wrocław, flying with LOT so I would finally get my flight in a Q400 (I had wanted to fly in this type for years but was always unlucky so I thought this would be my last chance). It was just a one way flight, as the return was by EIP train.

We arrived at Warsaw Chopin Airport in good time, as you have to show documents at the door to prove you have a flight that day or you are denied entry. Then we went to find the self check in desks. That was where the fun started!

When I tried to print out the boarding passes a message came up on screen that there was something to pay, and we had to go to a manned check in desk. I didn't know what it was about, as I had paid for our seats when I booked the flight. The check in clerk said that the seats weren't paid for! I don't know if this is something that LOT do very often but I wasn't impressed. I had to find the confirmation email on my phone to prove that I had paid for the seats.

When we went into the departure area it was very quiet, weird considering what WAW is normally like. 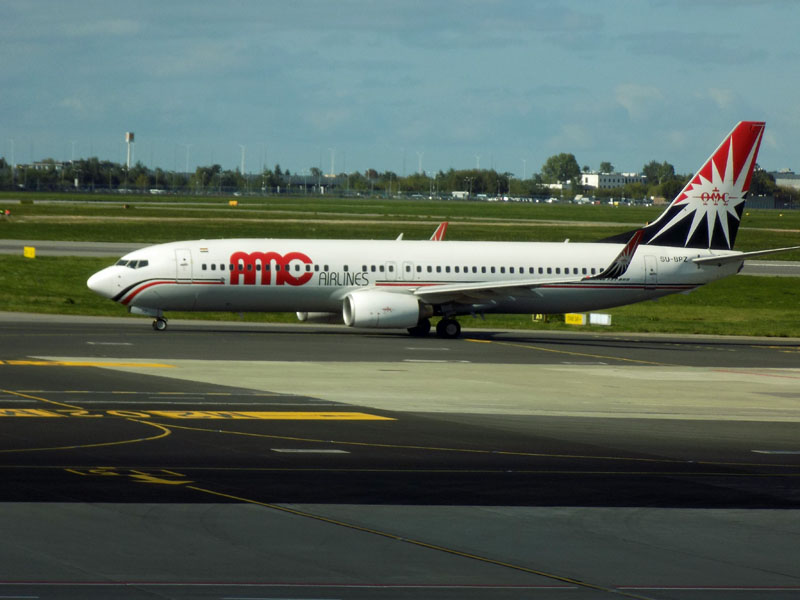 Never seen this airline before.

LOT have an Embraer 195 painted in a special livery to advertise my favourite brand of chocolate plums. I couldn't resist bagging a few photos. 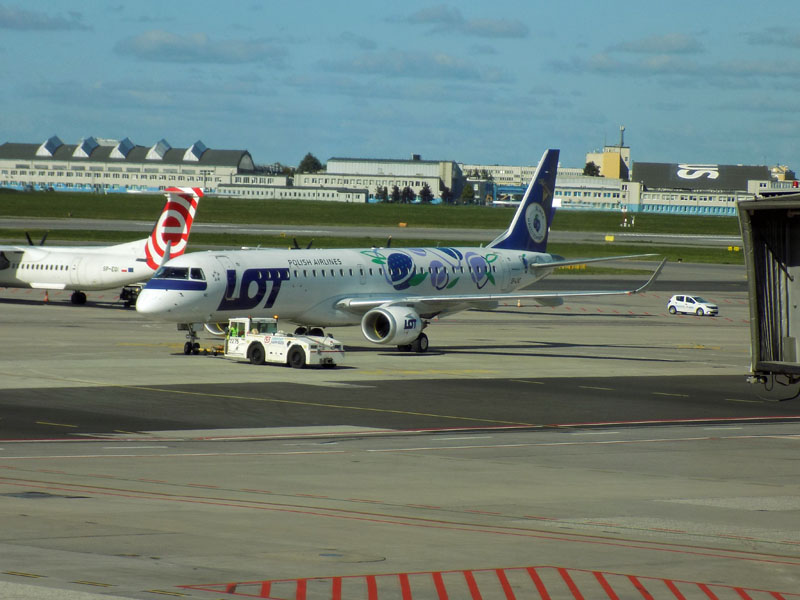 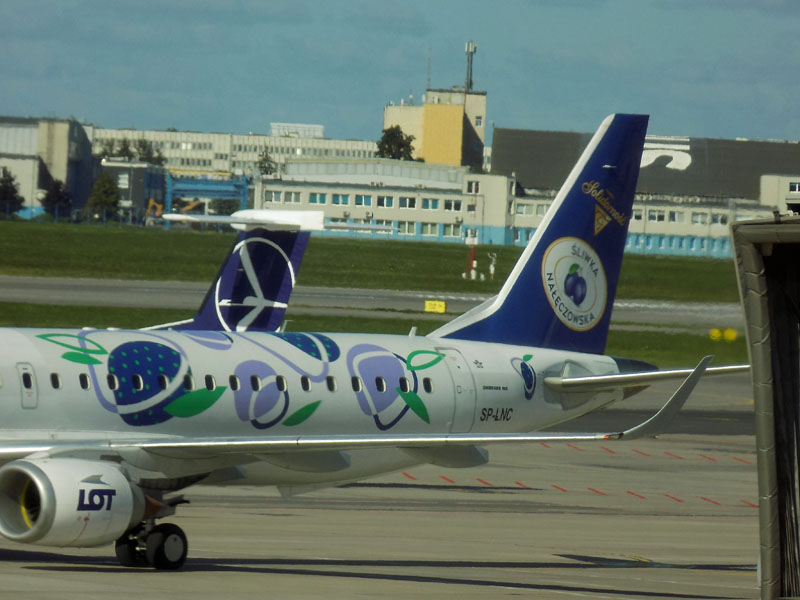 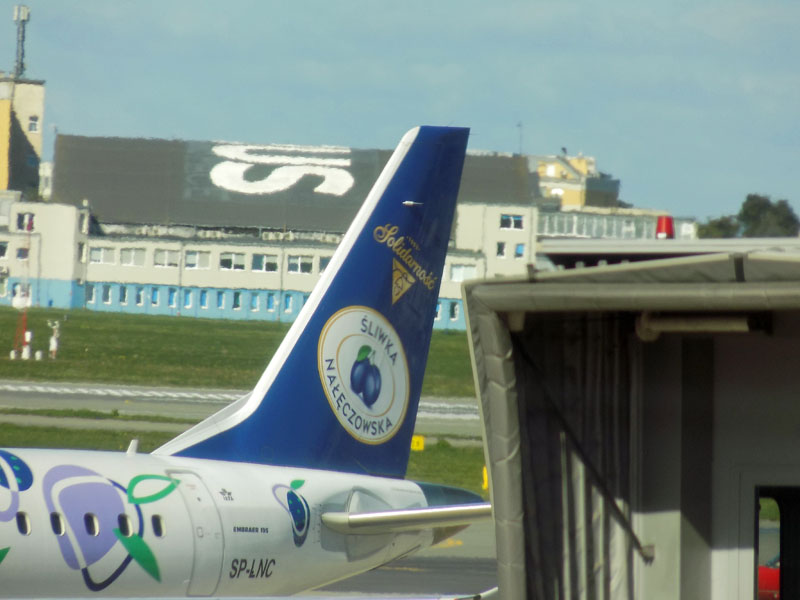 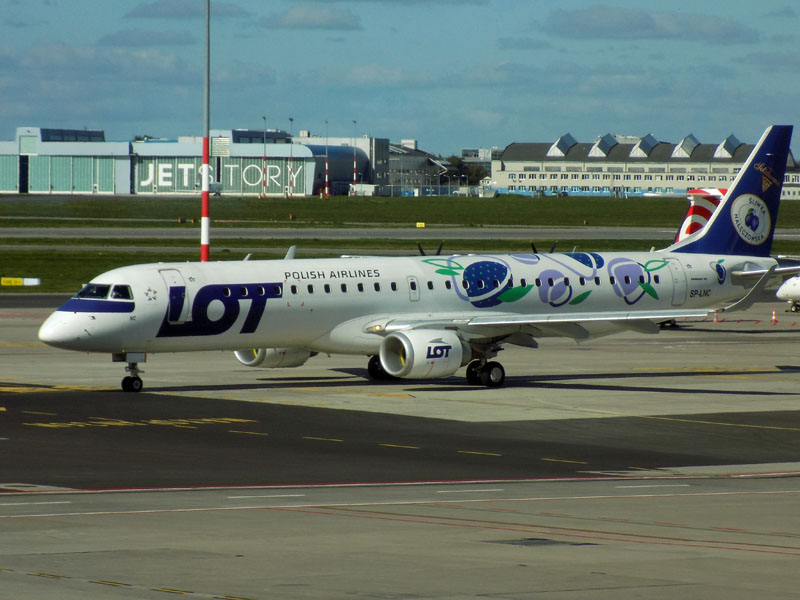 I was hoping that our aircraft would have the "proper" LOT livery, not the tacky euroLOT one which is still on some of the Q400s.

Eventually we were taken by bus to our aircraft, and thankfully it was in proper LOT colours. 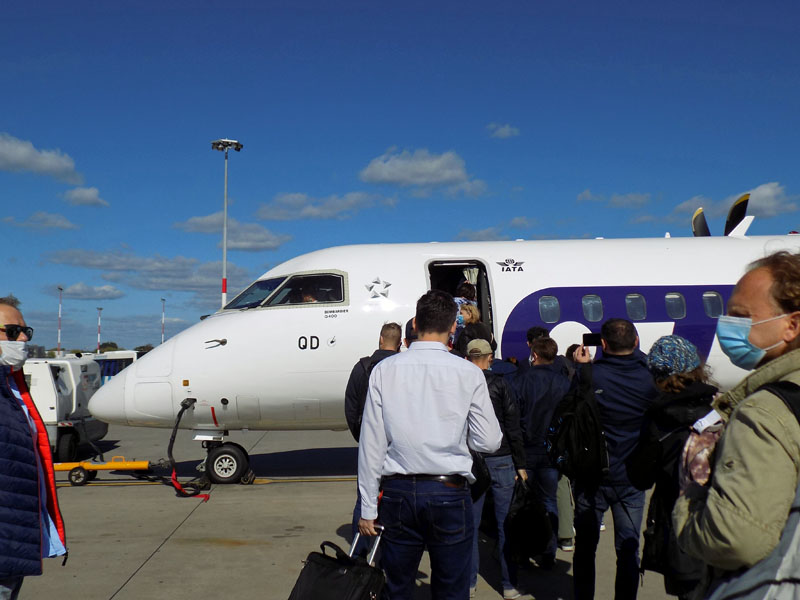 Our aircraft SP-EQD being boarded for the flight to WRO. 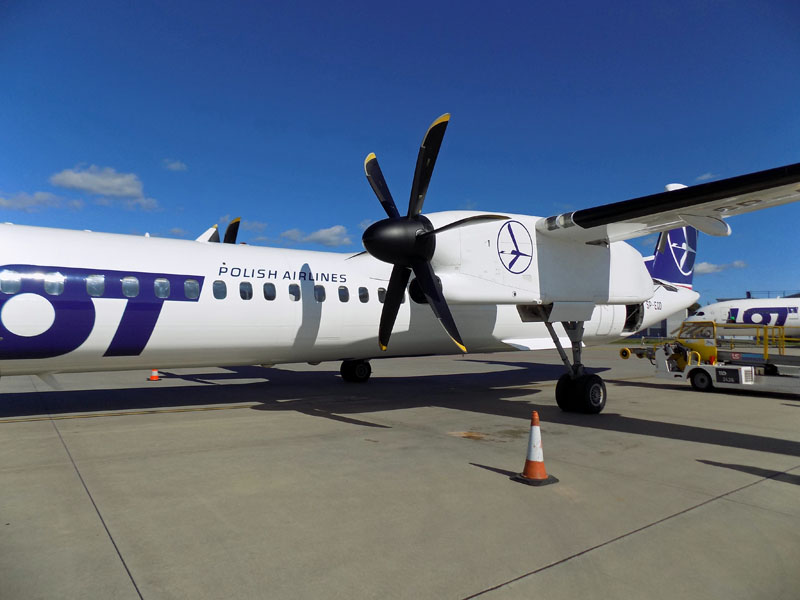 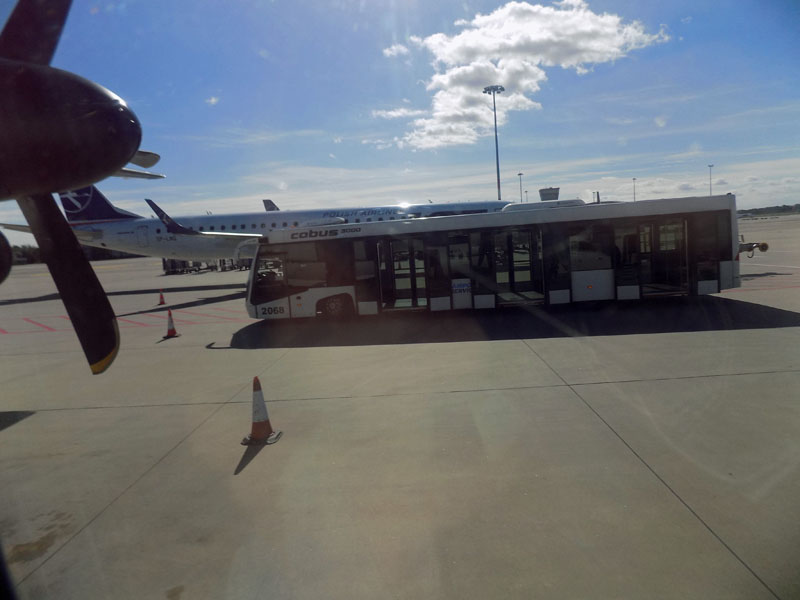 The bus which had taken us to the aircraft.

The flight had a cabin crew of two. 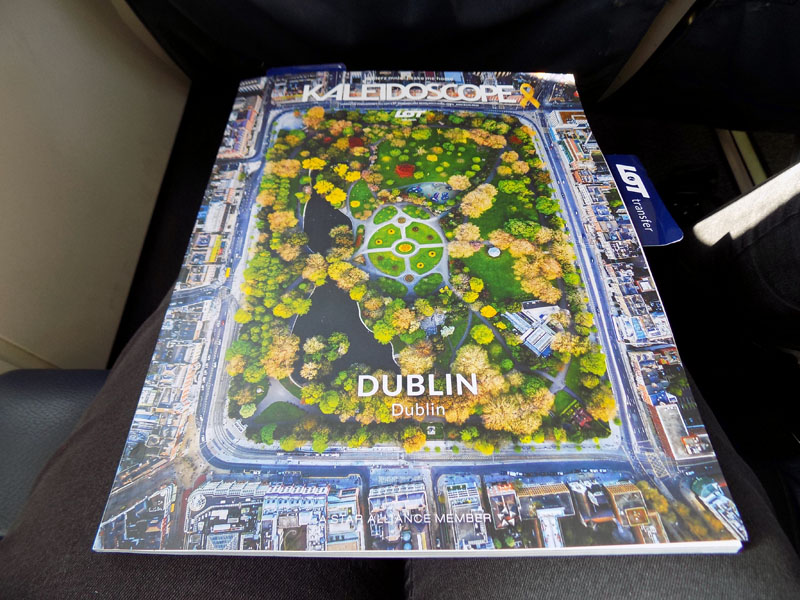 Nice to see inflight magazines are back. 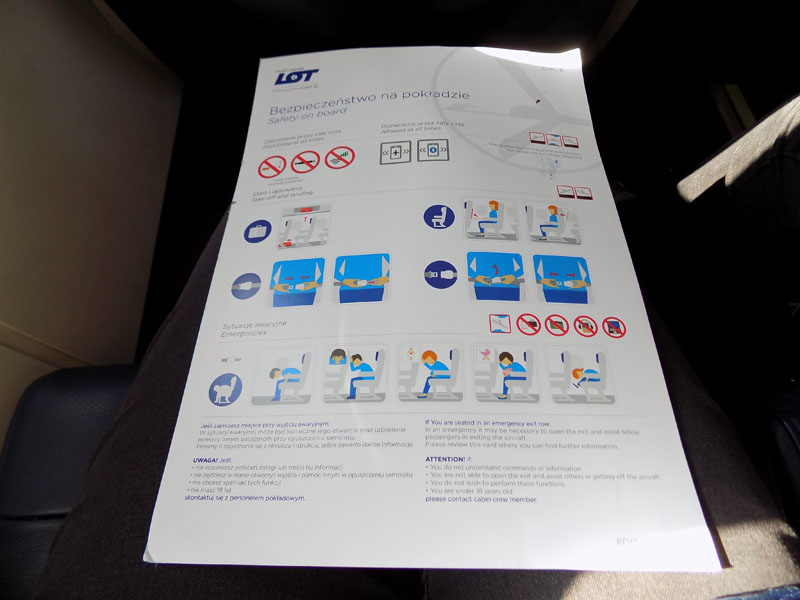 Flight LO3843 had a scheduled departure time of 11:00. We pushed back at 10:56 and taxied past an area containing Polish government jets and a British Airways aircraft. 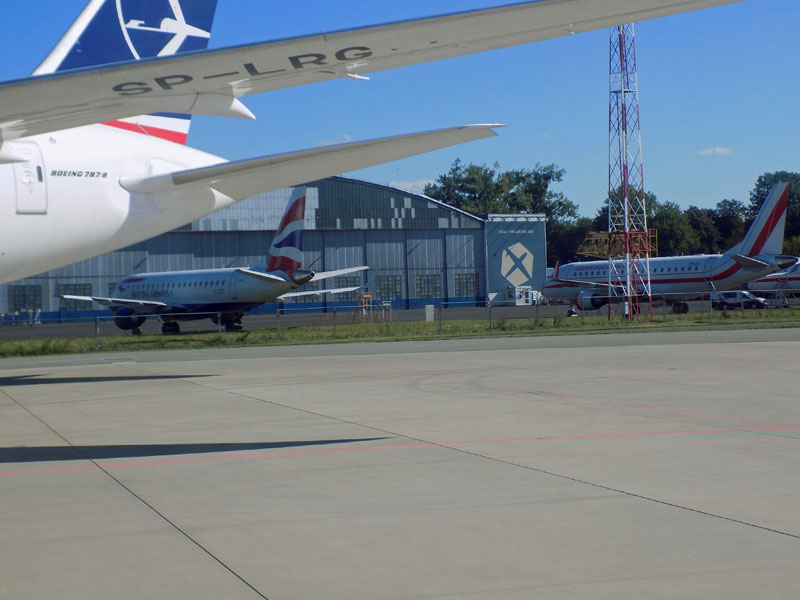 A BA aircraft with the Polish government aircraft.

We took off at 11:04 and had a nice, smooth climb through broken cloud. 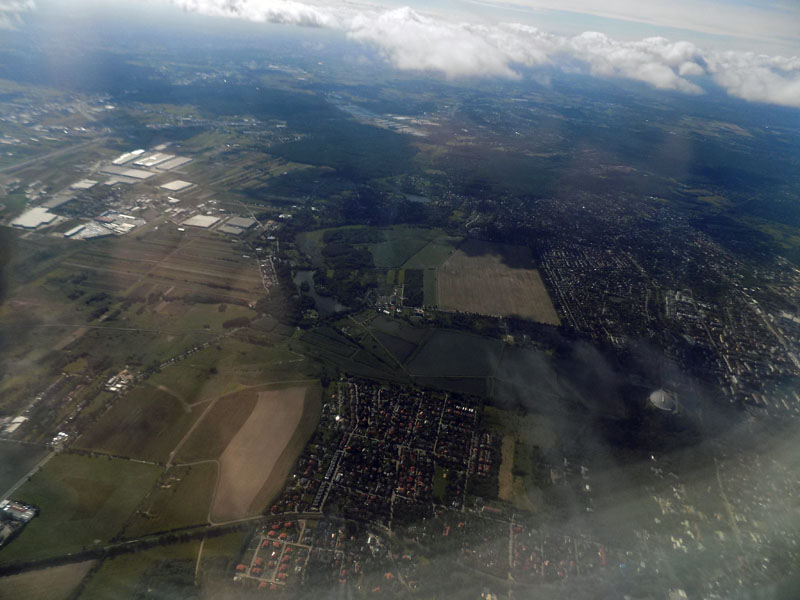 Shortly after take off.

The flight was expected to take 40 minutes. 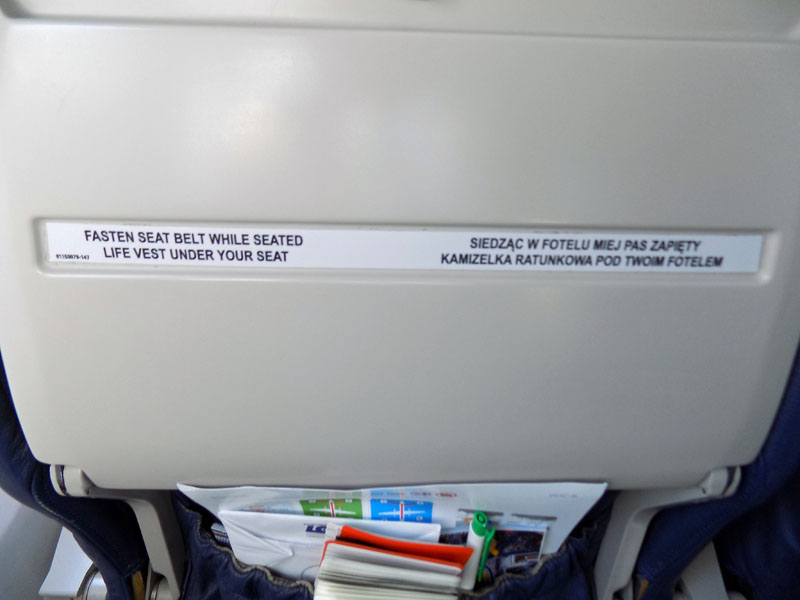 English and Polish on the seat back. 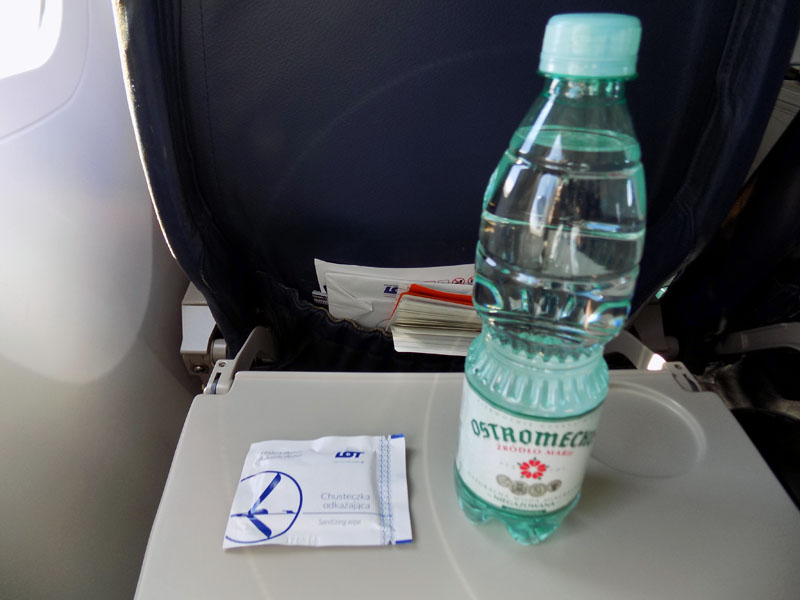 We were given a bottle of water and some hand sanitiser gel. 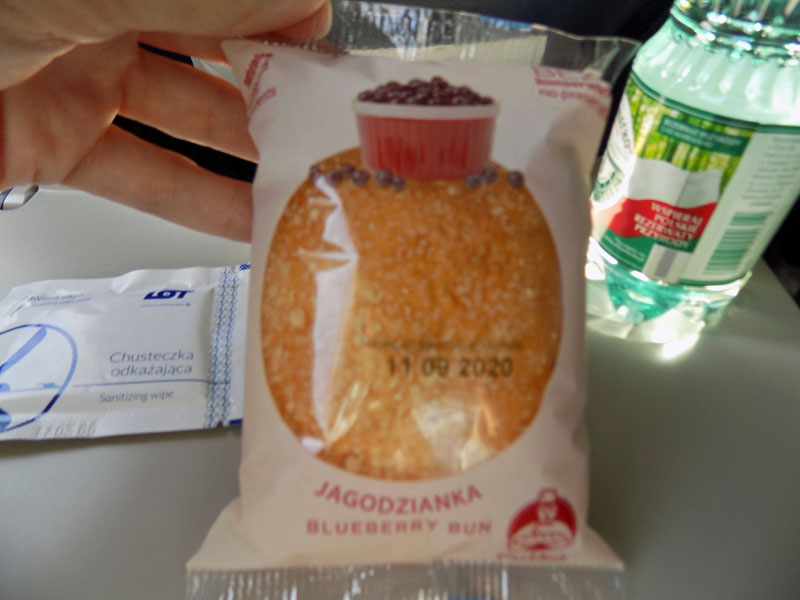 This "blueberry bun" was like a doughnut coating containing blueberry jam. It was nice. 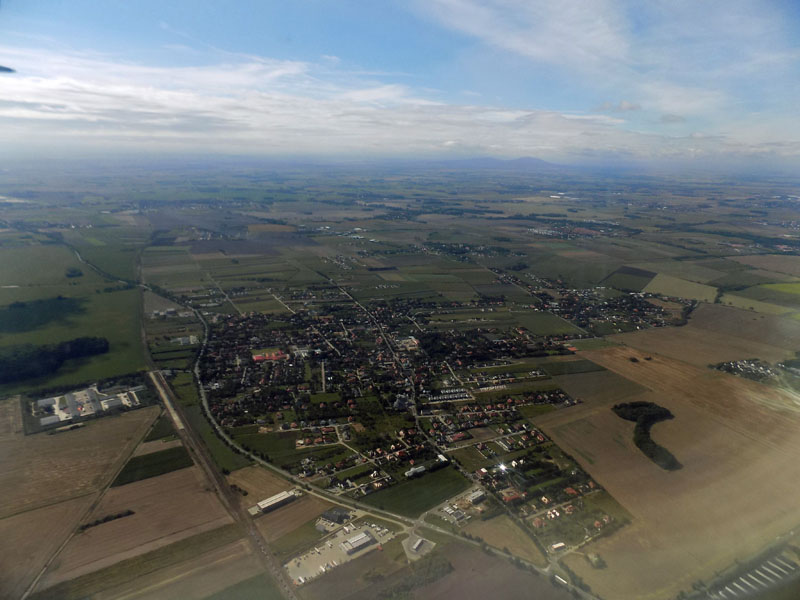 We had good conditions all along the way and landed in WRO at 11:45. 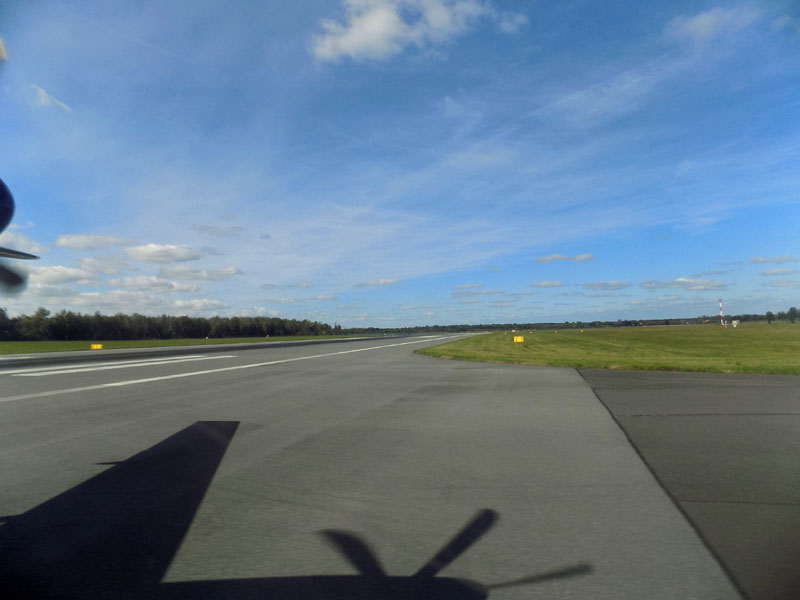 Turning off the runway at WRO. 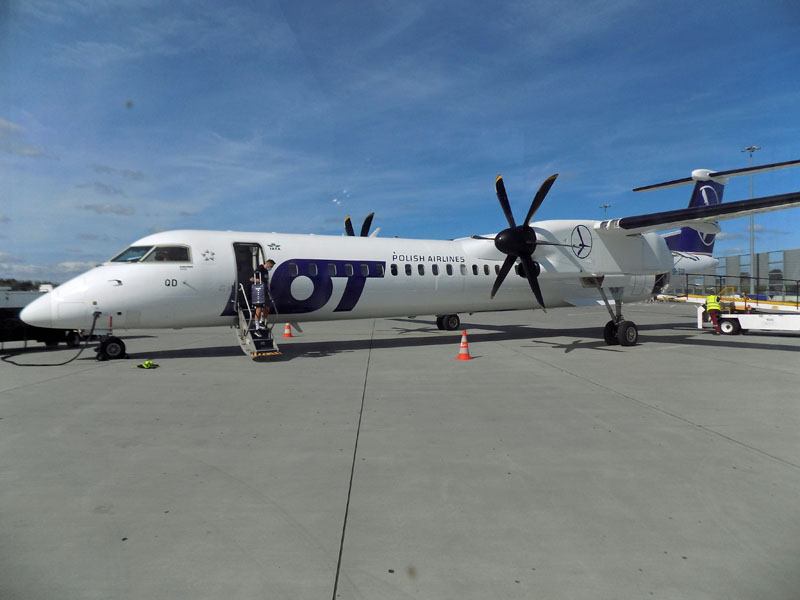 SP-EQD photographed from the bus.

My opinion of LOT is mixed. The flight itself, and the crew, were very good but I am not impressed by their reservations system!
Sabena and Sobelair - gone but never forgotten.
Louise
Top

Another nice report, Louise. Thanks for sharing.

Strange story about your payment that LOT was unable to retrieve: normally you should never be able to get a seat without paying upfront in advance!

Pity to see an aircraft becoming a flying billboard for sweets, but I guess airlines are happy to make money with everything in difficult times.

You also missed forever the opportunity a flight on a Q400: it's now called De Havilland of Canada Dash 8-400.

Thanks for the reply Andre. The experience with LOT was weird - they had my booking on the system but no evidence that I had also paid to select individual seats at the same time I booked the tickets (I had chosen specific seats because I wanted to be near the front to have an unobstructed view without propellers being in the way). I had to go trawling through the emails on my phone to find the booking confirmation from LOT which dated from last year. It did put me off LOT a bit because there is obviously a problem with their reservation system somewhere. I would be a bit wary of booking with them again in case there was a more serious issue next time.

LOT also have an Embraer painted up to advertise Grzeski wafer biscuits - I haven't seen the aircraft but I know it exists because it appeared on the WAW Facebook page a few weeks ago. They also have a retro livery aircraft which took me by surprise when we were coming home and I managed to get a (not very good) photo of it as it passed the terminal. We saw very few other airline compared to what we would normally see at that time at WAW - it was nearly all LOT.
Sabena and Sobelair - gone but never forgotten.
Louise
Top
Post Reply
3 posts • Page 1 of 1